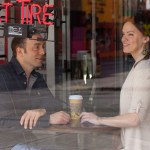 One year ago, Jolene Mannina was finishing up her more than nine-year stint as a server at N9NE Steakhouse. Just before leaving, she opened Sloppi Jo’s, her food truck where she was sole owner, chef and marketer. Mannina recently sold the truck and told Vegas Seven that she is going permanent, parlaying the lessons learned while working in the front of the house and in the kitchen to partner in a brick-and-mortar restaurant downtown.

“At the moment there aren’t a whole lot of places to go downtown where you can get food and drinks,” Mannina says. “Le Thai, which is amazing, just opened, and Oscar’s. But there aren’t a lot of really great places in this area.”

Mannina hopes to change this with her new enterprise, a partnership with chef Joshua Clark, an Iowa native known for his whimsical, farm-to-table approach. They have a plan and a concept—the duo just needs to find the perfect locale.

Drawing on the gastropub vibe, Mannina and Clark are looking to open a casual joint with a small menu of stellar dishes that will change regularly. Instead of stocking a full bar, Mannina envisions that they will keep it to a minimum with a program that focuses on small-batch products and boutique wines, and uses domestic products when available. “By keeping the menu small … we can make sure that each item we create is [given] 100 percent. That is our concept,” Mannina explains.

While Mannina and Clark scour downtown for the perfect place to house that concept, they are offering a monthly dinner with a set menu for less than $60 per person. Hosted in the gallery attached to the Lady Silvia bar in SoHo Lofts, the Wednesday night pop-up restaurant called ChowDownTown begins Feb. 15. This is where they will road-test dishes they hope to feature on their forthcoming restaurant menu.

It was Mannina’s experience with owning and running Sloppi Jo’s that set her up to make these moves, confirming that she not only wanted her own place, but also a partner for the back-of-house work. And in the process, Mannina was also able to establish her brand and build a considerable following.

“That’s what’s great about the truck business,” Mannina said. “It’s a way of starting a small business for an affordable price. Vegas is not like other cities where there is a lot of foot traffic everywhere. People have to commit to find and come to you. It’s really challenging. Anyone who starts a truck business needs an exit route. It was always a two-year plan for me.”

All signs for going permanent pointed to now. On the other hand, the partners are in no hurry.

“One of the reasons Josh and I work so well together is because we are hard workers, neither of us really half-ass anything,” Mannina says. “We’re not going to rush this. We know what we want, and we want it to be as close to perfect as possible.”

If all goes according to plan, we should see Mannina’s and Clark’s newest venture within the year, this time one that can’t roll away.

Just because Sloppi Jo’s is gone doesn’t mean Mannina is over whole the food-truck thing. Since August, Mannina’s Saturday Night Truck Stop event at Tommy Rocker’s and the semimonthly Back of House Brawl chef-on-chef showdown (complete with secret ingredient challenge and judging panel) have been giving hard-core foodies plenty to chew on. Follow the fold at her blog, SaturdayNightTruckStop.tumblr.com.

When Mannina sold her truck, she did not sell the Sloppi Jo’s brand or recipes. She’s keeping the name just in case she decides to pop something up in the future. “It had a great following,” she says.

Another piece of the pie

Some say chocolate is the way to a woman’s heart. For Mannina, it’s pizza. It doesn’t matter if it’s gourmet or Domino’s, the girl will not say “no” to a slice.

Mannina admits that she hates saying that she has a favorite place because it depends on the cuisine and area of town, but currently, the foodie is addicted to Le Thai. Located on Fremont East near Mannina’s home, she finds herself there multiple times a week.

Don Julio añejo tequila on the rocks is Mannina’s drink of choice. However, she is “really digging” all the Prohibition-era gin cocktails and the Renaissance that is reviving them.