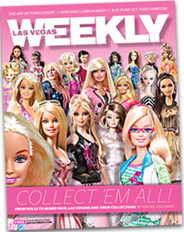 Local authors discuss the classic novel on its 50th birthday

You could hear the audience gasp. Local journalist and native Southerner A.D. Hopkins, discussing the classic novel To Kill a Mockingbird, had just suggested that perhaps author Harper Lee had erred in making the character Atticus Finch too perfect.

No wonder many of the 60 or so people in the audience gasped. After 50 years, To Kill a Mockingbird remains a beloved work of literary art—what Oprah has called “our national novel.” To celebrate Harper Lee’s Pulitzer Prize-winning novel, a day of events was held at the Clark County Library last week, part of a national commemoration.

It began with a showing of the motion picture, followed by a panel discussion and sneak peak of the new documentary Scout, Atticus and Boo: A Celebration of 50 Years of To Kill a Mockingbird.

Local historian Geoff Schumacher moderated the panel, comprising a hodgepodge of Las Vegas authors including Hopkins, Brittannie Bond, Trish Geran, P Moss and Vu Tran. Most members of the audience were in their late 40s and older; they sat with copies of the novel in their laps, enthusiastic to discuss the book and its influence on American literature and culture.

Geran, the only black panelist, discussed some of the racial issues of the book. Hopkins remembered when the novel was first published and talked about a few significant events surrounding its release. Then he made his comment about Atticus being too perfect. After their gasp, the audience rallied. “Maybe it’s because it was written in the voice of his daughter, who thought he was perfect,” one audience member said. Another interjected and presented the final thought of the event: “I have not come across any other novel that has presented cultural themes that were mind-blowing at the time and are still relevant today.”