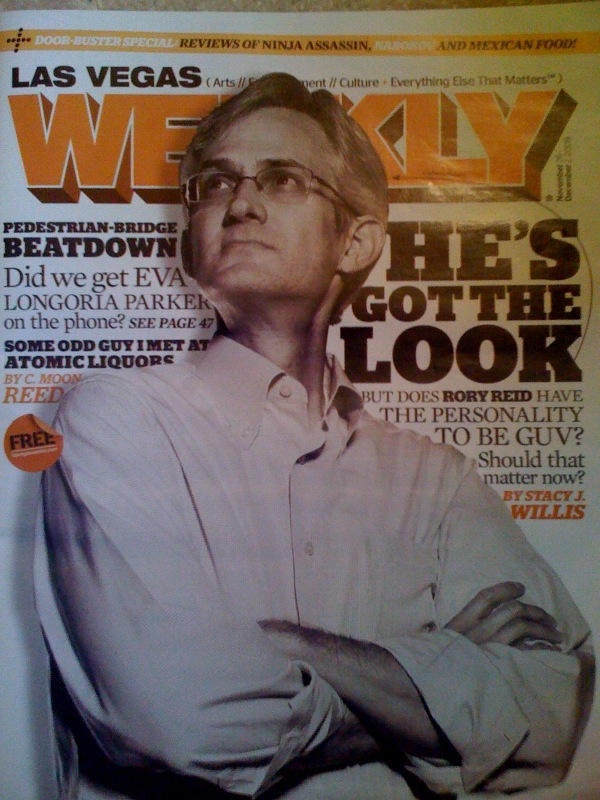 Three words the Green Door anticipates hearing beginning in 2010: “Lights, camera, action.” The adult social club is talking with Hollywood producers about filming a documentary TV series based on the establishment.

“There are couples who come in here that have sex with every single guy in the place—twice,” says Bo Levingston, a security guard, who’s worked for the club for two years. “This is definitely a strange job.”

Although the club may not be associated with family values, it is a family-owned business. Joseph Cavaretta opened the Green Door in 1998. His wife, Gilda, and their two daughters, Stacie and Maureen, are all involved in the business, from the books to merchandising. An unlikely pair, the owners are a traditional Roman Catholic family, Todisco says. It’s quite an ironic twist to the adult playground’s backdrop.

Along with the family, the employees play a significant role in the operation, and what they see, hear and clean up could make perfect material for the TV screen.

“You can’t take this work too seriously,” Todisco says. “Come on. We’re not curing cancer here. We are running an adult social club. The things we see and hear and the jobs we do is just funny at the end of the day … It’s not that I’m a really interesting person. Really, I think I’m pretty boring. But what I do, I think people will find that interesting, or at least I hope they will.”

While the family and employees could make for captivating acts in the series, many viewers will expect to see the patrons as the focal point.

“The Green Door is kind of like a Cheers club,” Todisco laughs. “We have our regulars who come in a few times a year and recharge their batteries and go wild. But it’s such an intimate and comfortable setting that people end up getting to know each other on a deeper level than just sex.”

These are the people the Green Door documentary series would hope to film. It is possible that cameras would be designated to one part of the 18,000-square-foot club, and people who want to perform for the cameras could sign a release and get down to business, but Todisco assures that no matter how the deal plays out, there most definitely will not be cameras following people around the club.

The details are still unknown, but Todisco knows there will always be people who are willing to participate. “It’s Vegas, and as our attorney Allen Lichtenstein says it, ‘What happens in Vegas, stays in Vegas, and most of it happens at the Green Door.’”

This statement is echoed by a couple who came in from Los Angeles to “recharge their batteries.”

“Hey, we’re here to have a good time, and what happens here, stays here, right?” says the man, who wished to remain anonymous.

The trailer for the documentary series has been filmed, and final discussions are taking place. The Green Door hopes to start filming right after the New Year, Todisco says. “This would be the ideal way to start 2010 off.”